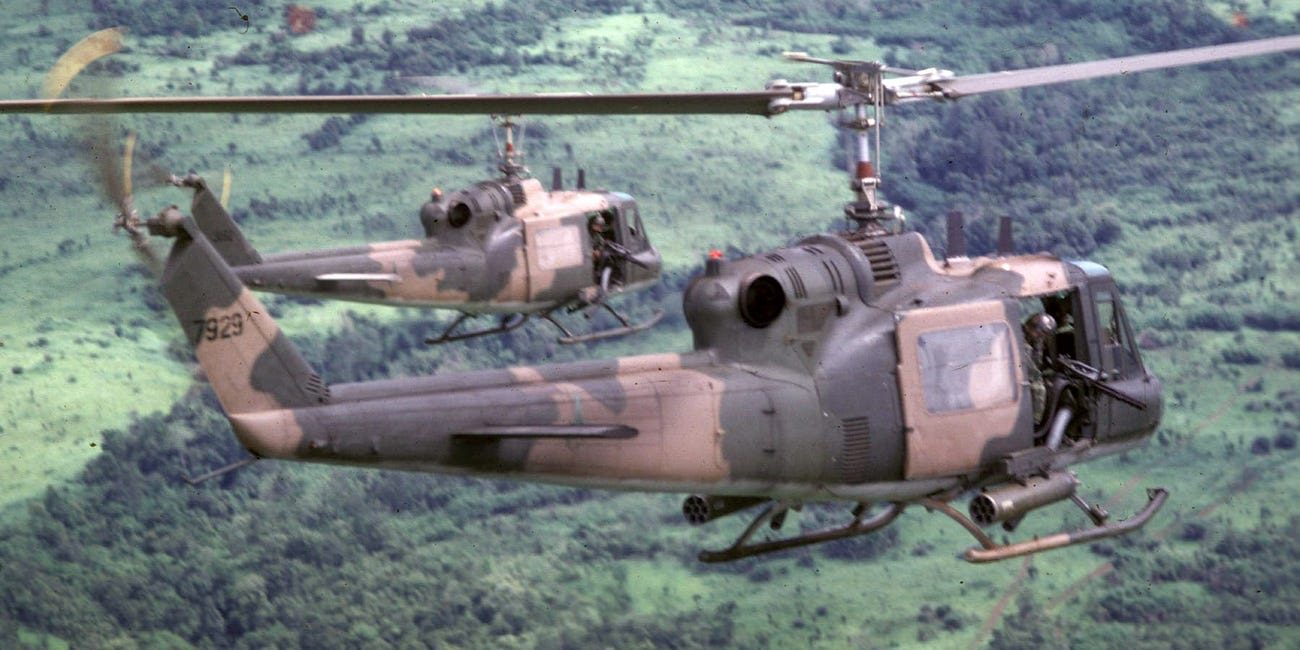 For the US’s Vietnam-era covert special operators, the quietest missions were also the most dangerous

During the Vietnam War, a select group of American commandos conducted some of the most sensitive missions of the entire conflict, including snatching live enemy prisoners.

SOG went where US troops weren’t supposed to be, as US presidential administrations had publicly said no American GIs were fighting outside South Vietnam.

Their main battleground was the infamous Ho Chi Mihn Trail that snaked from North Vietnam through Laos and Cambodia and into South Vietnam, supplying the insurgency there.

Cross-border operations were fraught with danger. The small SOG recon teams had to survive on their wits against a devastatingly superior enemy force.

It was not uncommon for recon teams of 10 or fewer commandos to be compromised and face off against hundreds or thousands of North Vietnamese soldiers.

SOG commandos would be inserted by helicopters or small boats miles from their target and patrol toward their objective while trying to avoid the thousands of enemy troops scattered throughout the area.

One of SOG’s primary mission sets was to gather intelligence about North Vietnamese troop numbers and movements. During these reconnaissance operations, SOG commandos would try to observe or take photographs of enemy formations, camps, or other details, such as bulldozer or tank trails.

They would also often try to bug enemy communication lines along the Ho Chi Minh Trail or place seismic sensors that supposedly could calculate the number of troops passing through. They could also steal documents and maps that contained the positions and numbers of enemy in the vicinity.

In order to make sense of that intelligence, US commanders and military intelligence officers needed someone to provide context — or, even better, the “plans and intentions” behind it.

The enemy was the best source for that information, but capturing live prisoners was perhaps the most dangerous and risky mission that SOG commandos conducted.

MACV-SOG encouraged and incentivized prisoner snatching, either as a specific objective or when the opportunity presented itself. SOG recon teams that captured an enemy soldier received a $100 bonus, plus five days of relaxation and recuperation anywhere in the world.

SOG teams had “a few contingency-based” standard-operating procedures for prisoner-of-war operations, “not the honey-pot snatch you’re thinking about,” John Stryker Meyer, a Green Beret who deployed twice with SOG, told Insider, referring to a practice in covert operations in which a person, usually a woman, is used to lure a target, typically a man.

There were no overarching standard-operating procedures for capturing live prisoners, however, and every SOG team had to come up with innovative ways that worked for them.

One SOG operator, Lynne Black, devised a creative but dangerous method. Black calculated the right amount of C-4 plastic explosive needed to knock out but not kill a man — only after much trial and error, including testing different amounts on himself and knocking himself unconscious several times.

Black’s method required a SOG operator to place an explosive charge on a path or trail behind enemy lines and detonate it remotely after a North Vietnamese soldier had passed by.

The blast would stun but not kill the enemy soldier, and the SOG commandos would pounce, apprehending the disoriented North Vietnamese. If they could only find groups of North Vietnamese troops, the SOG recon team would kill everyone but the man targeted for capture.

Another approach was to actually assault a small North Vietnamese position deep behind enemy lines.

SOG recon teams carried a lot more firepower than a conventional unit of the same size, but they were only made up of six to 10 operators, which meant they were limited in which outposts they could attack. They couldn’t assault an enemy camp, but they could go after one of the checkpoints that littered the Ho Chi Minh Trail.

Meyer described how those “door-knock missions” were conducted along the trail in 1969 and 1970.

“The NVA had checkpoints with a booth or a little small station, and we were going to hit one of those to get a live POW,” Meyer told Insider. “We’re going to hit it with [tear] gas first, go in there quick, kill everybody except for one and bring them back.”

Meyer has written extensively about his and his comrades’ experiences in SOG, detailing their cross-border missions in “Across the Fence: The Secret War in Vietnam.”

The commitment of North Vietnamese troops, as well as indoctrination efforts by their commanders, often meant the North Vietnamese targeted by SOG teams fiercely resisted capture, equating it to a slow and painful death in American hands.

On one mission, a SOG recon team captured a North Vietnamese prisoner and flew back to their forward operating base. While en route, SOG commandos inspected their prisoner more closely, only to find that it was a woman. In their moment of surprise, the prisoner escaped, jumping from the helicopter to her death.

Stavros Atlamazoglou is a defense journalist specializing in special operations, a Hellenic Army veteran (national service with the 575th Marine Battalion and Army HQ), and a Johns Hopkins University graduate.