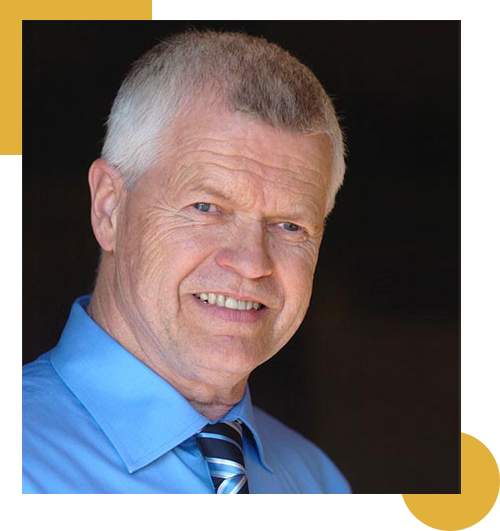 He remained on ST Idaho to the end of his tour of duty in late April, returned to the U.S. and was assigned to E Company in the 10th Special Forces Group at Ft. Devens, Mass. until October 1969, when he rejoined RT Idaho at CCN. That tour of duty ended suddenly in April 1970. He returned to the states, completed his college education at Trenton State College, where he was editor of The Signal school newspaper for two years, worked at the Trenton Times for 10 years, eight years at the San Diego Union and 15 years at the North County Times in Oceanside, California. Meyer, his wife Anna, and daughter Alaina live in Oceanside.

Now Retired Capt. Gary “Mike” Rose received his most serious injuries on the first night of the mission that they were on the ground, September 11, 1970. Hit by RPG round, those round went past them, exploding sending shrapnel backwards.

During an assault by a company-sized element of North Vietnamese Army, one of the Montagnards was wounded 40 to 50 meters outside the company area. Rose ran, crawled, and maneuvered his way to this wounded man, shielding the Soldier with his own body, as he rendered lifesaving medical treatment. Rose then dragged the wounded Soldier back to the company with one hand while holding back and engaging the enemy with his weapon in the other hand.

On October 23, 2017, President Donald J. Trump awarded the Medal of Honor to United States Army Captain Gary M. Rose (retired) for conspicuous gallantry during the Vietnam War, while on a top secret mission in Laos.

Captain Rose received the Medal of Honor for voluntarily risking his life on multiple occasions during combat operations, while serving as a medic with the 5th Special Forces Group (Airborne). From September 11 through September 14, 1970, while his unit was engaged with a much larger force deep in enemy-controlled territory, then-Sergeant Rose repeatedly

(The Secret War In Vietnam)

As the Vietnam War becomes a distant memory for many Americans, at least one local veteran is doing his part to tell people about another war they may have never even known.

J. Stryker Meyer, an Oceanside resident and North County Times columnist, is a former Green Beret who served two tours of duty with Special Forces, which fought covert operations in Laos, Cambodia and North Vietnam during the years of the Vietnam War.

(The Secret War In Vietnam)

Although memories fade with time, there are some that will immediately jump back into your consciousness with the hair-trigger of a scent, a sound, and in the beginning of this second book by CCN recon man Tilt Meyer, a misty rain over windswept treetops springs such a memory while listening to his youngest daughter play the piano at her private lesson. His mind is transported to a place and time very distant from the pleasing sounds of his beloved little Alaina’s melodies and to a world where his life could have ended, guaranteeing that hers would have never begun.

The Secret War In Vietnam 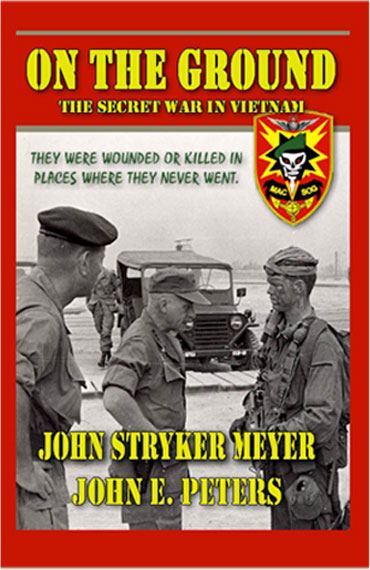 “Although memories fade with time, there are some that will immediately jump back into your consciousness with the hair-trigger of a scent, a sound, and in the beginning of this second book by CCN recon man Tilt Meyer, a misty rain over windswept treetops springs such a memory while listening to his youngest daughter play the piano. Such is the plunge on which the author takes his reader right from the start of this action-filled book of the memories of some of CCN’s recon men as they take the fight right to the North Vietnamese Army on the Ho Chi Minh Trail. Military history readers are fortunate that so many of SOG’s warriors are excellent writers, otherwise these snapshots of a time in history when young men strapped on their gear and headed into the mists of the deadliest jungle in the world at that time would have been lost forever. Get this book.” 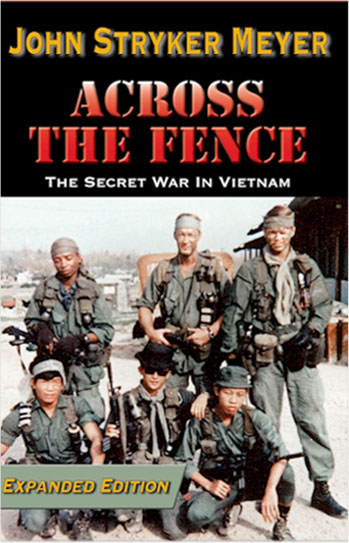 “Anyone interested in the Vietnam War in general, and the secret war in particular, will appreciate this well-written narrative of a SOG warrior’s first tour of duty at FOB 1, the Phu Bai launch site for what would eventually be known as CCN. The author, whose nickname “Tilt” comes from his days as a youngster playing pinball machines in Trenton, New Jersey, is an educated, skilled writer who has taken what others might recite as cold facts and woven a taut, suspenseful series of episodes from one of the deadliest years in the history of the Studies and Observation Group. The history of this war will not be told by one book, but Tilt has added an important piece to what one day will be a total picture of the Second Indochina War.” 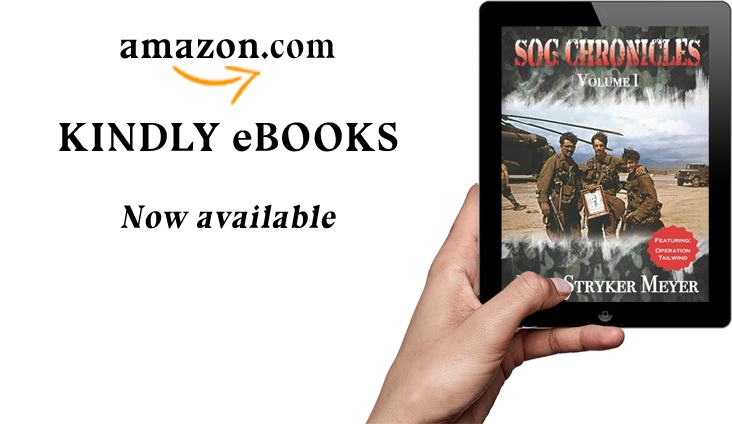